“I felt desperately sad and frustrated …The picture I first saw of her showed a pitiful creature robbed of its dignity and ready to give up, a dog whose spirit had been broken and was just waiting for the end to come while living a never-ending nightmare.”

The police in combination with the sanctuary took Cala from the place she was, took her to a vet to get her checked over straight away, she had deep would where the chain was against her neck for so long.

The sanctuary took her in to recover physically but much more than that she really needed time and love to recover emotionally too. 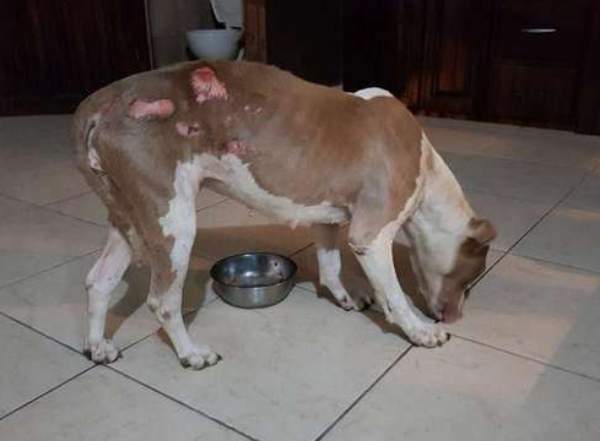 Lya went on to say:

“Her healing process was slow, and the humans around her still had to cause her pain through the curing of her wounds, especially the gash in her neck caused by years of hanging from a tight metal chain around her neck.”

“Nursing her was as painful for her as it was for us, but eventually she understood that after the pain came to love and treats, so she learned to manage it like a champ.”

Cala recovered slowly, she wasn’t too happy about the other dogs at first, but slowly with food and lots of love she started to really heal inside and out! 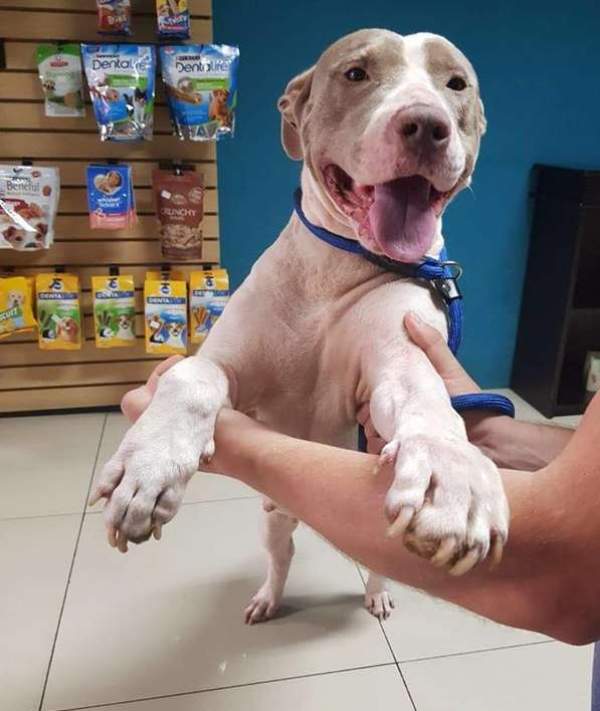