Despite being one of the most popular pets on the planet, cats have not received the same attention from scientists as dogs.There are always a few results for scientific research on cats, with most of it focusing on the biological traits than it does on cat behaviour. We know that cats are smart, and although their brains are small compared to ours, they have shown impressive cognitive abilities beyond human imagination. Still, cat cognition remains an under-researched subject in Ethology. In a world full of possibilities, who knows what the future will hold? But for today, I wish to discuss a very interesting subject about cats: their ability to read. Our feline friends have so many amazing abilities; let’s find out if this is one of them.

Can cats read? No, they can’t as they cannot comprehend words and letters. And, even if they would, letters would still be hard for them to see up close. That’s because they lack the necessary muscles for changing the shape of their eye lenses and can’t see clearly quite as close as we can.

It probably doesn’t surprise you that cats can’t read because if they could, you’d probably be fighting them off your favourite books. A cat may not manage to relax on the couch with a good book but as mentioned earlier, they have amazing abilities. They have mostly non-verbal language and our written language means nothing to them. Remember that cats are highly sensitive to all the little cues around them, especially those that have to do with them. Like all animals, cats survive better if they can understand some, if not all, of the communication around them. So, how is this possible for them if they can’t read? I’m going to cover as much information about this topic as possible to assist you better understand your feline friend. 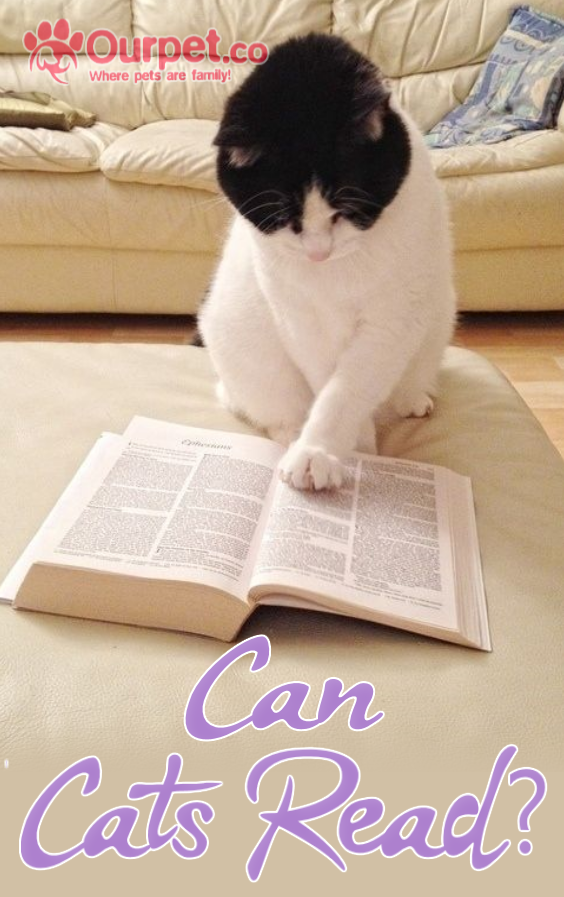